Horror is not my favorite film genre, but I do like a lot of horror films. I do not like graphic murder/torture horror or anything with rape i.e. The Last House On the Left & I Spit On Your Grave. I prefer paranormal horror with likable characters, but I do like movies like Halloween (the 5th is my favorite), Friday the 13th, and A Nightmare On Elm Street. However, my list is of movies that I *enjoy* re-watching within the horror genre. Typically I do not re-watch horror movies because I don’t get anything out of them that makes them enjoyable to re-watch, if that makes sense, but these on my list are the ones that I do like to watch over and over again

It Chapter One & Two (+the miniseries) – Quite possibly my favorite horror story. I loved the miniseries as a kid and now I also love the the films. People often say they don’t like this movie/series because it’s not scary, but that is not the point of the story. It’s really a coming-of-age story about friendship and trauma. I LOVE the characters and the storyline. I could re-watch these all the time.

The Nun – I love the Conjuring/Insidious universe, as you will very well see by this list, but this one might be my favorite. This one may not be as scary as some of the other films (according to some people, like my sister, though I disagree), but it is very atmospheric, which is what I love about it.

Insidious Chapter 3 – The first Insidious movie was one of the first films like it that I really loved. It has a great emotional aspect that carries into the other films. The third one is my favorite, though. I think it’s the scariest and the most emotional of the series. That scene at the beginning had me shook when I first saw this in theaters.

The conjuring 2 – I didn’t think the second film in The Conjuring world would top the first one, but it did. I don’t know if I would say it is scarier than the first film, but there is something I really love about it – possibly the ending, it is so good! 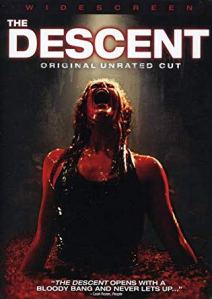 The Descent 1 & 2 – This film duology is terrifying in a variety of ways. It’s about women exploring caves, so there is the claustrophobia aspect, and then there are the creatures inside the caves, which is the worst. I like these movies because they’re scary while also having a strong emotional aspect. These movies are really gory, just FYI. There’s a lot of blood, and stabbing and other stuff like that. I don’t typically like really gory movies, but there is something about this one that just keeps bringing me back.

The Craft – This film isn’t scary like the other ones, but it still possesses some great horror elements. I have always loved stories about witches and this one was always a favorite of mine as a kid. It has great October/Halloween vibes.

There are a lot of other horror movies that I re-watch from time to time, but I wanted to keep this list at my favorite horror movies. Some others that I watch sometimes are Idle Hands, Final Destination, The Grudge, and The Ring, but these are usually only if they are available to stream somewhere.

Question: What is a favorite horror film? Also, what is one horror film that you refuse to ever watch? Mine is The Human Centipede – I will never watch that movie. The trailer alone was traumatizing enough. My mom and sister watched it, but I wanted no part of that.